Q1: Why did you choose to live and work in Connecticut?

I’m originally from Nepal and came to the U.S. for school. I first landed in Mississippi actually, and then came to Connecticut for the first time to meet my then girlfriend, now wife, and fell in love with Connecticut. It was fall when I first came to Connecticut, and it was just gorgeous. A plus to this area is that colleges in New England have made great names for themselves. For a transition period, I joined Capital Community College, and then attended Central Connecticut State University.

From there, I found a great range of scientific opportunities at UConn Health. There, I joined David Han’s Lab, where I expanded my knowledge of oncology and learned proteomics techniques. After about a year and a half, I moved to a lab run by Annabelle Rodriguez, where I was mostly doing genomics work, but in the context of immunology and cardiovascular outcomes. But ultimately I found myself very attracted to the work at Arvinas, where I am now focusing on neuroscience.

While career opportunities played a huge role in choosing this state, it was also the environment. Connecticut is the perfect environment for me. My home city in Nepal felt like an overcrowded version of New York. Meanwhile, while I was living in Mississippi, the setting was overly rural. Connecticut is the perfect balance of city and country, which is exactly what I love. Connecticut is the perfect balance of city and country, which is exactly what I love.

Q2: What’s a myth about Connecticut that you’d like to bust?

I think there’s a misconception that there’s not enough to do in Connecticut, but truthfully there’s a lot to do. This state is perfect for anyone who loves outdoor activities like I do. And on the other side of the spectrum, there’s plenty of ways to get out, especially if you enjoy trying all types of cuisine. I live in West Hartford and I can walk down to the town center and find a large number of restaurants just in my neighborhood. Q3: Are there are any Connecticut hidden gems you’d recommend?

My three favorite activities are hiking, biking, and kayaking, so Connecticut has a lot to offer. I definitely take advantage of the great bike trails in Avon and Simsbury, Connecticut beaches, and hiking at places like Heublein Tower. When it comes to eating out, I love to check out the Indian restaurants in my area. My favorites are Bombay Olive and Taste of India, which is just a stone’s throw away from my apartment. Another fun food outing I enjoy is driving down to Food Truck Paradise in New Haven, which is a long row of food trucks parked on the water. They have the best tacos! Q4: What types of opportunities have you had living in Connecticut?

While I was in college, I had a chance to work in a microbiology lab, and at certain times of the school year, we would have students visit from middle schools in the area. I, along with other college students, had the chance to show the middle school students some cool experiments to fuel their interest toward science, which was fulfilling. I also worked at a convenience store for a short period for supplemental income during my college years. Right after I completed my undergraduate studies, I got employed at UConn Health. I also continued my master’s degree while working at UConn Health. Then, right after completion of my master’s degree I joined Arvinas.

I’ve had really cool scientific opportunities in Connecticut. I am grateful that I had a chance to directly apply my education and develop my understanding of molecular biology while working in the field of personalized immunotherapy, genomics, proteomics and cardiovascular research at UConn Health, and now, in the field of neuroscience here at Arvinas.

At Arvinas, we harness the body’s natural protein disposal system to remove disease-causing proteins and help patients. Arvinas’s protein-targeting work is something truly cutting-edge that I’m lucky to be a part of. And since I’m working for a smaller company, my work is hands-on.  I feel like I’m truly making a difference, as opposed to being just a number at a larger company.

Q5: What would you tell someone your age who’s considering moving to Connecticut?

I believe Connecticut is definitely a great place to be. I think we have a little something for anyone and everyone who would want to give this state a try. I think there are plenty of career opportunities for skilled people. My wife and I have had many opportunities in our respective careers of bioscience and accounting. Not to mention, we love the seasons in Connecticut, especially fall – it’s just beautiful. If you want to get away from a crowded city and get a little closer to nature without losing out on creature comforts, you will find Connecticut very welcoming. 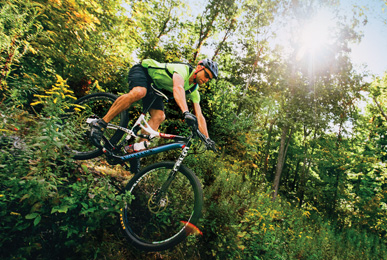 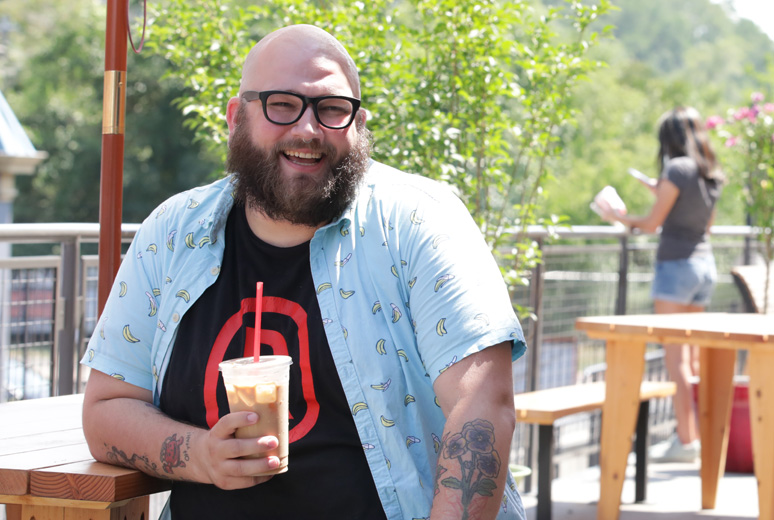